5 months ago
Absolutely love these!! will be buying more, so funky & great storage!
May 31, 2019
Bellah S
Purchased
1 year ago
Does the job well
cute wee table, great the have need to the sofa. Handy to be able to but storage inside 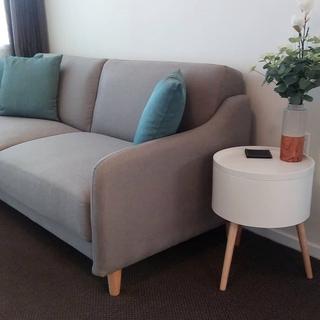 Great wee table,
April 2, 2019
greg c
Purchased
10 months ago
Love this table
Love this table, I can put all my stuff underneath, so it always looks nice and tidy
Thanks Warehouse
February 5, 2019
Eve W
Purchased
12 months ago
Good buy
Pretty good, does the job well and great price, looks nice in our lounge
January 24, 2019
Samantha
Purchased
1 year ago
fantastic. used these for bedside tables and they are just great.
January 18, 2019
Holly C
I own two of these and looking to purchase two more now that I see they are available in Black as well. Great look, and love the hidden storage area.
January 8, 2019
Emerelda K
Love it!!
Love this table. Goes with everything. Great for hiding remotes and reading glasses from grandbabies! Handy for storing crosswords and other little niknaks even a chokky bar during intense movie scenes! Study and strong construction. Def money's worth here. AAA++
November 30, 2018
Theresa
Loved the side tables look exactly as pictured and good quality for the price
November 22, 2018
Katie S
Purchased
1 year ago
NICE IDEA - NOT SO LUCKY WITH MY ONE
The idea behind this table is great! And based on the photos in the first review, I decided this might be THE ONE. For $35? I was NOT expecting anything grand. On the contrary - my expectations were VERY realistic, and I was expecting worse than I received (e.g. a wobbly mess). However. While not a wobbly mess, sadly this table wasn't THE ONE in my case. Why? Because mine arrived with two legs damaged. One leg has a large/wide split, about a pinky finger long, that goes right up to the screw that screws in to the base of the table, along with a few other smaller splits in the wood. Another leg has a few gouges out of it, one deep-ish. The table itself has some defects too - some visible scratches (and thus paint missing) on the top, inner lid edge; the lid itself doesn't sit flush with the table at any angle, and there's a wide panel of dents/waves/roughness from bottom to top of the table base, where the base has been molded together. There's also a visible gouge around a long section of the base also a result of molding by the looks of things (i.e. joining the bottom to the base edge). HOWEVER - I - STILL - LIKE - IT. Thus, I'm using it minus legs, as a table top hat box-type storage/lamp stand thing, because it still looks kinda neat (provided you don't inspect it too closely). The legs? Well, I'll find something else to do with them. The protective rounds of felt on the bottom of the legs were easy to remove and retained their 'stick' - I stuck them to the bottom of the table base instead, so it doesn't scratch anything. I might end up painting this another colour to hide some of the scratches and gouges, or maybe use coverseal. Not really worth $35, and wouldn't buy something like this again at the moment without sighting the item first, because due to physical limitations post-surgery, am unable to return the item to a store. Still, it's a great idea, and I know if I were to return the item to a store, The Warehouse would be happy to exchange or return. Would still recommend it to someone else - if yours ends up being faulty, just take it back. Sorted! 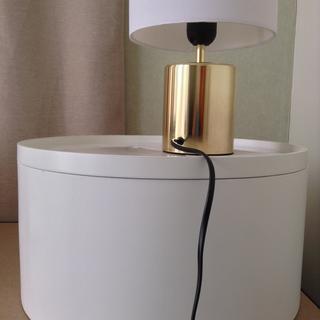 Living & Co Side Table with Removable Lid White
November 11, 2018
V P
Response from The Warehouse
Hi, Thank you for contacting us about this item. I'm happy that you ended up working things out with this product and are overall happy with it despite the physical issues. I am disappointed that it wasn't in perfect brand new condition, and do apologize for that. If you still wish to do so we can still look into this - Please chat us (As thats the quickest way to get through) with your Order number and we can look into some sort of replacement or refund if you wish? Apologies again and will pass this feedback on to the relevant team for review to ensure this isn't a familiar issue with this product as we do want to provide the best quality in all products we supply our customers with. Thanks again and remember to reach out to us via chat if you wish to have this looked into further :) ^Mjay
November 12, 2018
Customer Care
Very cool little table
November 5, 2018
Amy W
Purchased
1 year ago
Love it! Such a brilliant piece of furniture and what makes it super awesome is the storage space where I can put the remotes and my books. 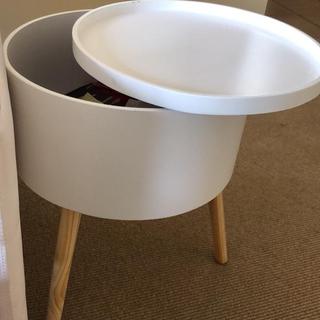 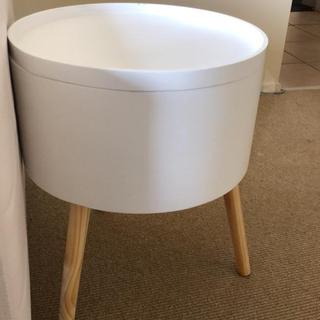 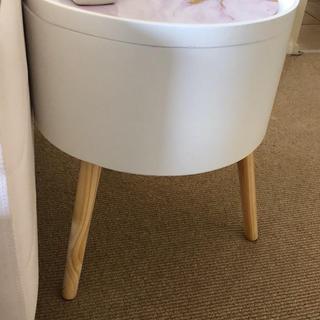